Skip to content
5/5 - (2 votes)
FNAF World: The Resurrection (Official) Free Download is a 3D game in the genre of fantasy role-playing. The game owns almost the entire cast in the FnaF series of games. You can control your favorite animatronic (like FredyBear) in an epic, and entertaining, animated adventure.

You choose the original characters to start the adventure. Then, you collect more characters to form a favorite group. Occasionally, you will answer questions from Fredbear to make the next progression of the story. You explore the FNAF World: The Resurrection (Official) world, and come face to face with many enemy characters.

After defeating the enemy, you gain experience points and “Faz Tokens” – virtual currency to buy upgrade items. You engage in random battles, and everything goes turn-by-turn. You face some exciting boss battles. The player tries to make the right choice in fighting to win. Each animatronic has its skills, and you can use items to increase your chances of winning.

In addition, you will play as a detective when answering tough questions from other animatronic. The game offers many game modes (options like Normal or Difficult mode). The version brings the whole experience from FNAF World, and many other things like minigames, maps, Characters and new bosses. 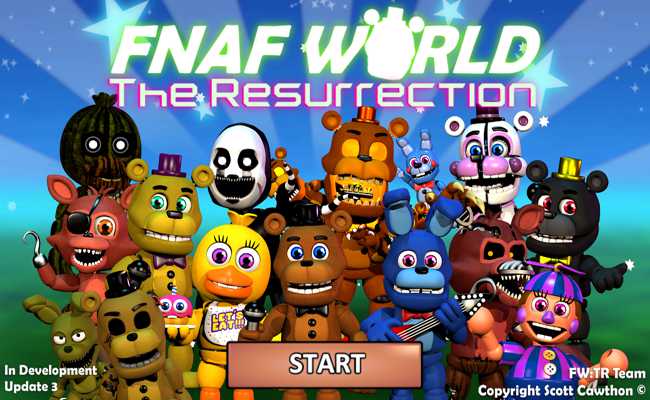 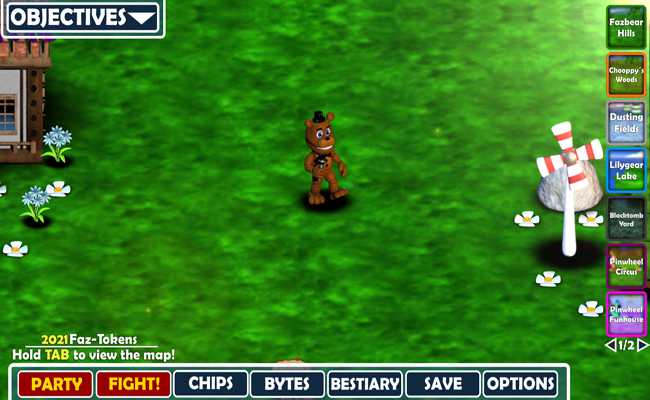